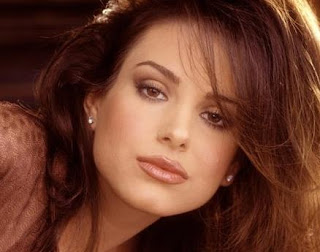 "I... I never wanted... All my life... My father wanted me to be a son, a warrior... strong.. To crush our enemies, to take back what was lost. I tried...I was riding... I'm not a good rider... My father wanted me to learn, to be a knight... I was riding out by the river, when the river-pirates... *aaa*  I... I never told him... but I blamed him... for what happened."
"The Death-Cyst, the Tigerclaw... How can we fight that? I've tried so hard, Lirael. But I can't protect my people... I can't even protect myself. Ashara taught me how to kill, Lirael. We burned the Orcs, slaughtered them here... Even the children. The smell... I wanted to vomit."
"You know the Covere say we're cursed? My grandfather, Aumvor Trevani, he had two daughters. Anwyn was the firstborn, the heir... But she married Velius Covere, against Aumvor's wishes. He disowned Anwyn, made my mother Ama heir to deTrevani... They said she was barren.... She was forty when I was born, after Aumvor was already dead. The Covere - Aryn Blackthorn, Brandini Covere - they say we're cursed, because Anwyn was the true heir, and through her to Brandini Covere. They say the line of Trevan will dwindle and fail."

Component Cost: 75 gp and 1 healing surge
Market Price: 360 gp
Key Skill: Arcana (no check)Level: 6
Category: Travel
Time: 1 minute
Duration: 2 rounds
Choose one unoccupied square adjacent to you and one unoccupied square within 20 squares of you. You create a teleportation portal to link those squares. Any creature that enters a linked square can teleport to the other square by using 1 square of movement. Whenever a creature teleports in this way, it is dazed until the end of its next turn.
Ritual Scroll: You can perform this ritual as a standard action when you do so from a scroll. If you do, the portal lasts until the end of your next turn.
Published in Dragon Magazine 405.
Posted by Simon at 01:22