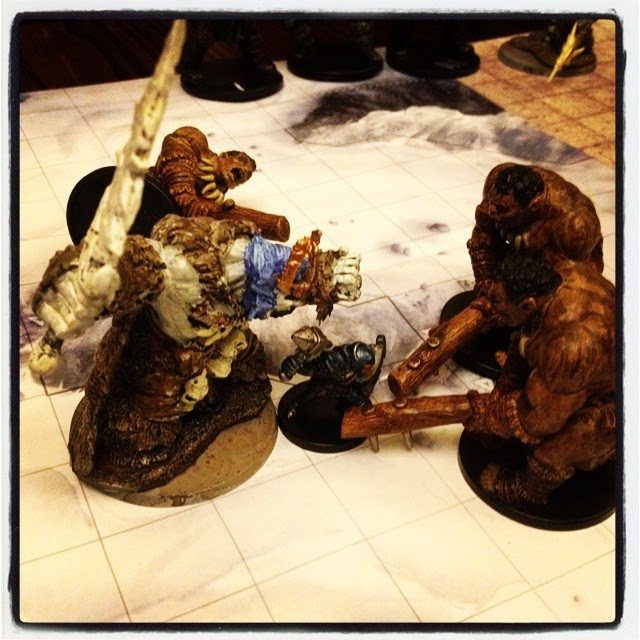 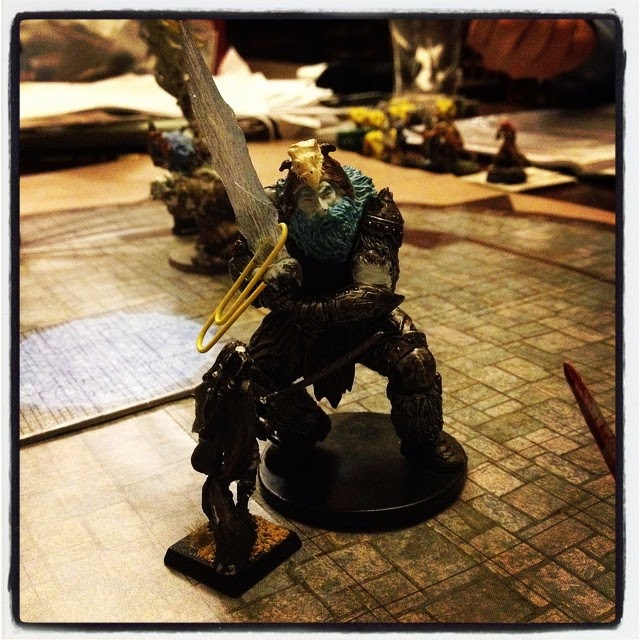 18/1/1483 DR
PCs settle down to sleep in the border tower. Lirael and Dunstan dream they are walking in spring sunshine by the Unicorn Run river; they are joined by Mielikki and Moradin the Soul-Forger. Mielikki tells them that Ashara and the wizards of the Fiery Spire are working to channel the power of the Green Regent through the Spire, protecting the central Gray Vale from Clenderi's unnatural cold. The gods tell them that the Gray Vale needs a leader - a King of Restored Ammarindar, per Moradin - but they need to choose who that leader should be. Moradin favours Dunstan, Mielikki favours Lirael, but neither will impose a choice. The heroes ask if there cannot be joint monarchs - Moradin says only if they get married!

They are wakened by Jorah & Paelias for the changing of the watch. Lirael hears a faint sound on the wind - the giants are coming! A strong force of giants is approaching from upriver, including five frost giant warriors led by their Jarl Borgrim, and a dozen hill and stone giant minions.
A fierce battle rages; Jarl Borgrim falls, but then Paelias falls too, and is dispatched by a brutal greataxe strike. Two stone giants retreat 'to get more rocks'. Eventually the last surviving frost giant warriors flee - one elderly giant succumbs to his arrow wounds from Lirael, one escapes back towards Llorkh. Paelias' body is put in the Bag of Holding.

19/1/1483 DR
PCs travel west through the night to Orlbar on Phantom Steeds, arriving around 3am. The priests of the Light of the Sun cast Gentle Repose on Paelias. Rest to 9am and consult with Mistress Emesha, leader of the Light of the Sun and now the de facto local ruler - on the situation at Orlbar, which is being picketed by Remorhaz and giant scouts. Emesha wants the armies of the Vale to gather and strike at the giants besieging Llorkh, catching them in a pincer movement.

Jarl Borgrim had some considerable loot on him - a pouch of 610 large platinum pieces v 100gp each, ie worth 61000gp!), an Ammarindar-crafted mithril tiara set with diamonds v 15000gp, and a Spider Potion (Adventurer's Vault). The other dead giants had 800gp on them.