After defeating the Butcher the party catch their breath among the toadstools, then Dhaunayane backtracks to locate the correct route and leads them deeper into the earth, through dark tunnels that show signs of Quaggoth habitation. The party sense they are likely being tracked, but the Quaggoth do not attack.

Having now trekked some 18 hours, the party are tiring. They locate a good resting point atop a flat-topped stalagmite, and are able to take an extended rest. Something big passes close by in the night - Paelias senses that an elder Shadow Dragon, a powerful servant of Shar, is near by, but apparently does not locate them.

After resting six hours or so the party trek on downwards into the earth.  Dhaunayne chooses a route through narrow winding tunnels, hopefully too constricted in places for the shadow dragon to follow.

The party trek down for another 12 hours, now some 12 miles deep beneath the central Greypeak mountains. With Lirael watching the rear, the party enter a large cavern, and see ahead great iron doors flanked by basalt towers. Dunstan approaches the gates while Paelias sneaks round the side. Earth elementals burst forth from the rock, flanking Dunstan, while a dwarven guard shouts down from a tower for Dunstan to drop his weapon and kneel in obeisance to  Stonefang. Dunstan refuses, and the battle begins. Two dwarf sentries fire heavy arbalest bolts down at Jareth and Paelias while the elementals pound them with heavy fists.

The elementals are destroyed. One of the dwarven guards sounds an alarm horn then flees; Paelias teleports into a turret illumined by Dhaunayne's faerie fire and kills the other.

After defeating the gate guards the party enter the vast halls of the earth temple. Paelias scouts ahead, but then the enemy attack in strength - stone thrall dwarves, quaggoth and a grimlock, followed by powerful hill giant Cthonic Apostles. Paelias finds himself cornered in a portal chamber by three of the giants, while Dhaunayne brings a Rain of Lead down upon the enemy - and Jareth... 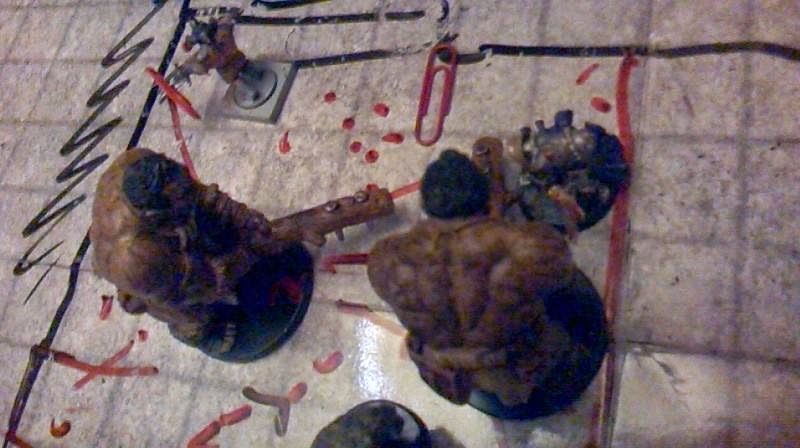 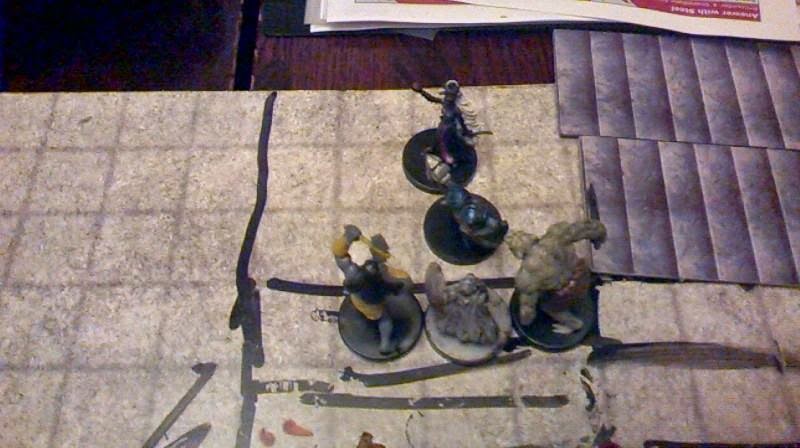 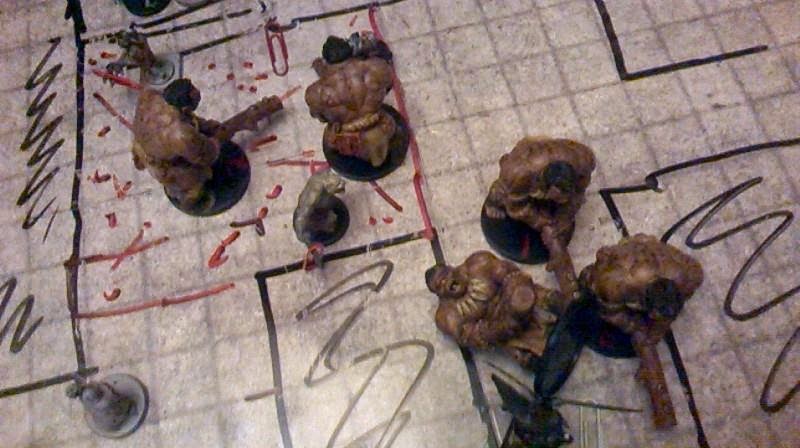