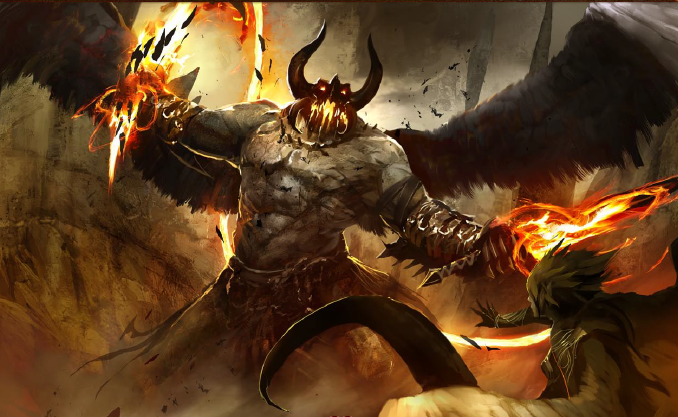 Hearing from Anaveth that demons have attacked deTrevani Barony, the others travel via the Fiery Spire portal back to the Gray Vale, riding to Castle deTrevani to rendezvous with Sir Jorah, Anaveth, Cerdic, & Crag, and the elven ranger Ardan, now Chosen of Corellon. They are greeted by the Baroness Amara and her husband Sir Dolf Dragonheart, who is left holding the baby with Cerdic as the rest travel south to the village of Trevann, massacred by demons two days ago. A clear bloody trail leads NE through the woods. Lirael communes with the Primal Spirits, learning of a 'bad place' in the hills and that the demons also destroyed Heartford last night.
Following the trail NE, dismounting at the edge of the hills, that afternoon the group reach a place of destroyed trees. Pealias scouts ahead and spots toad demons and marilith lying in wait. The group attack, a second marilith joins the battle.
The fight is fierce but the group appear to have the upper hand, half the demons have fallen when Anaveth senses a growing energy vortex... Suddenly everyone but Crag, Jorah and Amara is pulled into the vortex, finding themselves and the remaining demons in the Shadowfell before a corroding statue of Shar that is beginning to transform into Orcus' likeness.
The truth becomes clear as three huge demons stride out of the shadows; two massive Glabrezu flank an enormous Balor, four times the size of those they fought before. By the golden runes inscribed on his chest he is Glyphimor, demon lord of Orcusgate, Orcus' champion!
Glyphimor gloats over the success of his trap and attacks brutally, an awesome blow slaying Paelias in the first moments of the battle before engaging Jareth, while the treachery demons launch abyssal bolts at Lirael. Paelias ghost sees the gloating visage of Orcus welcoming him to an eternity of torment... The wounded toad & marilith demons fall, as does Anaveth, but Jareth gets her to her feet - desperately she and Lirael pray to Selune, then Anaveth turns to the statue and prays to Shar... a portal appears, back to the World, a vortex down into shining sunlight. Ardan jumps through. Anaveth is struck down, but Lirael grabs her and Paelias' bodies and drags them through the portal as the whole group flee the place of death, returning to Faerun with the bodies of the fallen. 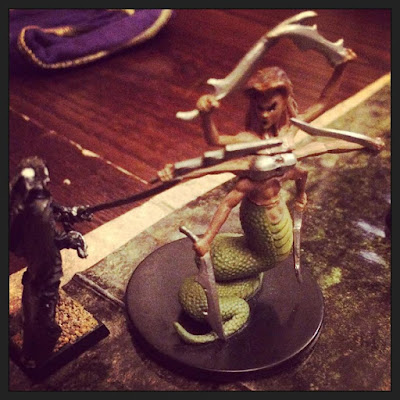 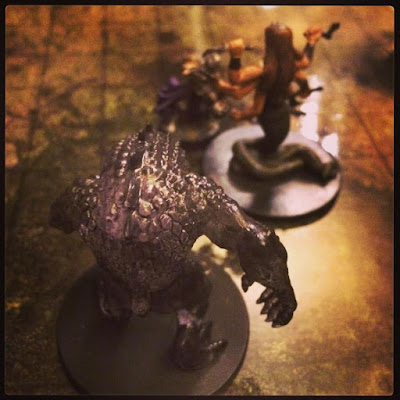 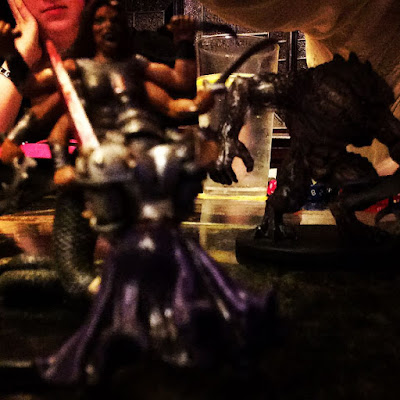 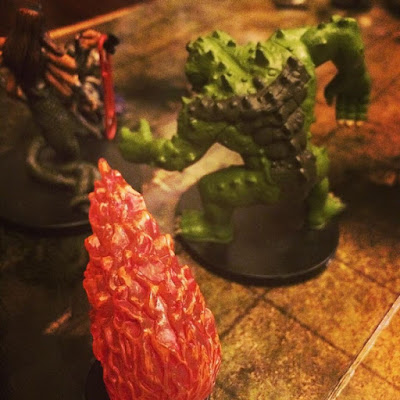 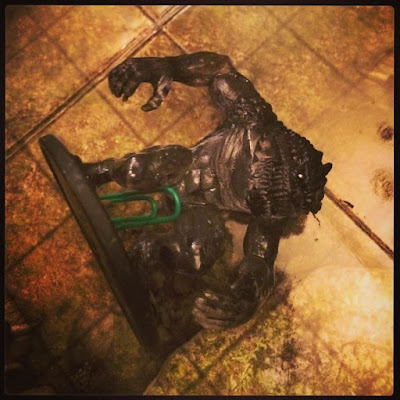 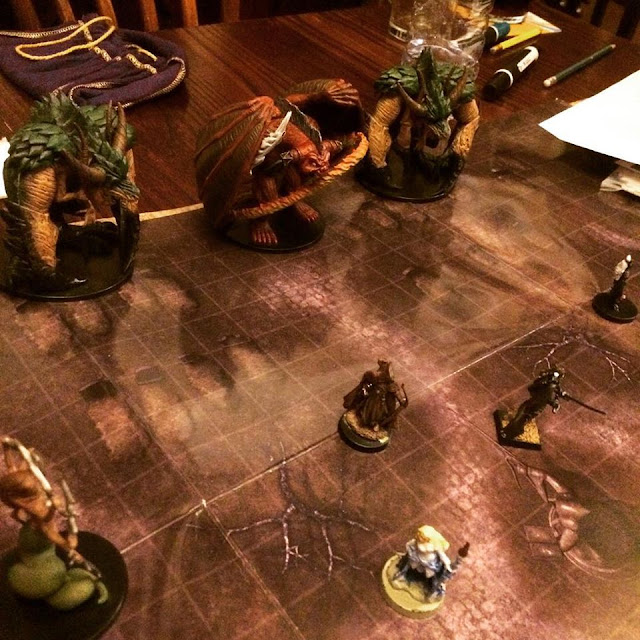 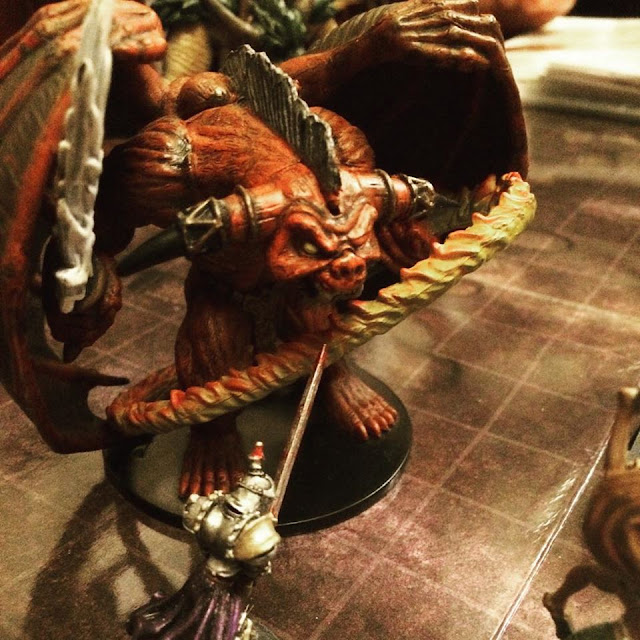